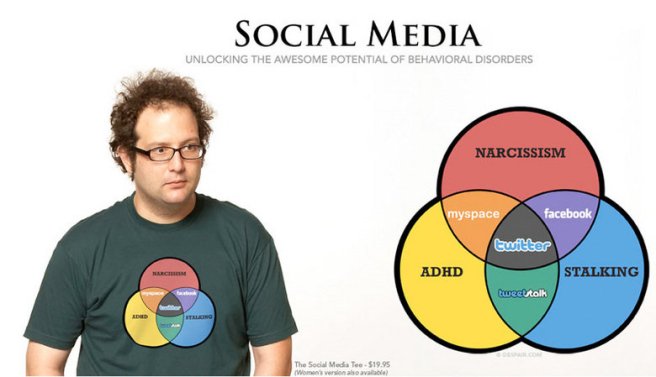 Now watch closely, because I am about to perpetrate.

I would like to start by pointing out here for the sake of irony that that in my very first blog I wrote:

“I was recently told by a ten year old who was told by his Dad that Facebook is for Narcissists.

But I think blogs take it one step further. They provide a psuedo-legit outlet for properly curated narcissisim for those who (think they) have a right to a point of view.

That being artfully exclaimed:
Social networking is a phenomenon of the new millennium. The proliferation of communication technology has empowered humans from every walk of life to make connection to humans from every corner of the world…or simple reconnect with long-lost humans from past back yards.

The other thing social networks have done is give everyone a voice. We can shout from the rooftops to anyone who will listen about the topics and issues we care about. We can mobilize social movements, organize political parties and even organize actual parties….with the tap of some keys and the click of a mouse.

And social networking HAS changed the world for the better. We are rapidly gaining deeper understanding of one another…what makes us tick and what unites us as a global race of humans. We have lots in common.

Here’s one thing in particular that we have in common: emotional dysfunction, neuroses and narcissism. That’s right…I’m not a lone narcissist and I can honestly say from a non-inflated sense of self-importance that narcissism is indeed a pandemic and perhaps more “normal” than we care to admit. Especially among the smart folk.

So now I get to the problem with social networks. I content that , for worse rather than better, social networks have also been adopted by the misguided as a medium for airing woes and neuroses and generally displaying dysfunction. And perhaps most who do it are aware of how their actions are perceived, but I have a feeling some are oblivious to how they actual burn more bridges with status updates than they are creating empathetic bonds: which is the purpose of networking.

It’s kind of like picking your nose in the car: you are doing what you are doing thinking you are in a bubble because it’s just you behind the wheel on the highway. But anyone driving by can see in the window and is free to say “ewww, gross”…and will forever associate you with that image. Same with social networking. We sit safely at our laptops or with our smartphones, seemingly alone in our head but actually on full display. So when we put things out there that are “ewww gross”, it gets seen by lots and lots of passers-by on the “superhighway”. Many of them are our friends but most are just close enough to form an opinion without ever having the opportunity to understand your personal context.

That being said, as someone who fits some but not all clinical definitions of narcissism (which I think more of us do than don’t, to be honest), http://en.wikipedia.org/wiki/Narcissistic_personality_disorder I sometimes see friends Facebook posts and twitter feeds and think “what are they trying to say”? Because sometimes, it’s personal even if it’s not REALLY about you. And it makes me want to pick up the phone and have an actual conversation. But then sometimes it’s just easier to barf it out onto the internets. A perfect dysfunctional misuse indeed.

And now we are at the second verse, which is same as the first…..

One thought on “The Unintended Art Of Misusing Social Networks”