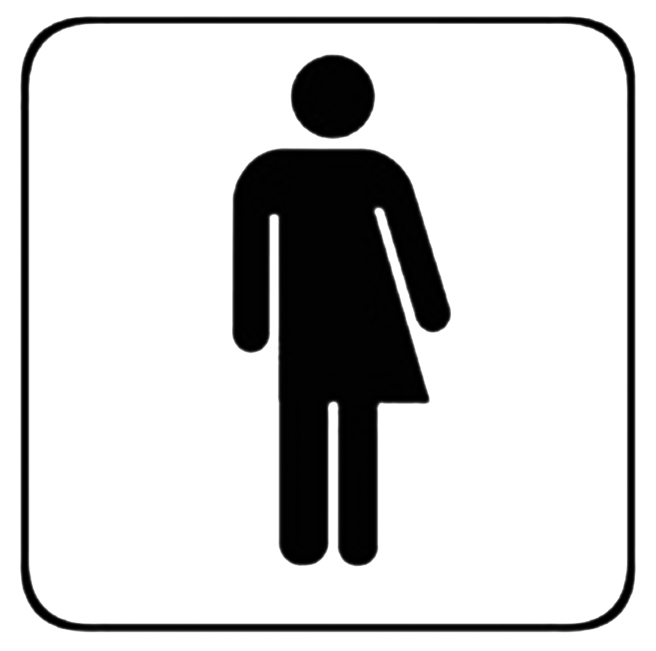 This weekend while coasting on my long board through the park on the first really nice spring day of the year, I encountered a situation I hadn’t been in for roughly 20-ish years. I got mistaken for a “boy” twice by curious and vociferous (god bless) young children. Twice!

The first time two little girls who couldn’t have been more than seven years old were scooting along with a parental chaperone in tow and whispering their vehement guesses as to whether the grownup on the skateboard in front of them (me) was male or female. The more emphatic of the two was trying to insist that I (clad in a hoodie and cargo shorts with my long hair blowing in the wind) was indeed a girl. The second time a ten-ish year old girl shouted to me by way of “tattling” on her male friend that he said I was a boy. I told her with an affable tone: “don’t sweat it. It happens to me all the time”.

When I was a little girl, up until my teen years, I remember routinely overhearing small children whisper (or inquire at full, completely un-self conscious volume) to their parents “is that a boy or a girl?”

They were usually asking about me. This is something I learned to get used to. I had a twin bother who would outgrow his clothing faster than me, subjecting me to his hand-me-downs and I frequently wavered (being a true Gemini ( between my girly side and tomboy side). I was as comfortable in frills as I was in overalls.

My general style direction as I got older turned to a boundary play between simplicity and creativity – eventually eschewing gender specifics altogether and actually giving up skirts as a general rule.

When I was in college and graduate school I learned a lot about the sociocultural roots, roles and implications of gender norming. I came to learn, for example, that in some Native American tribal cultures, those who were born intersex or were able to transcend gender boundaries were considered to be evolved- even revered as holy or mystical.

So, when I was subject to gender confusion this weekend, rather than being embarrassed or questioning my self actualization (like I would have as a child) , I took pride in my comfort in being who I am and it not being at all related to my sex (my obvious skateboard-evidenced Peter Pan syndrome notwithstanding). It was good to be able to, in a non threatening way, give a little bit of education to the adults of tomorrow. Perhaps those little girls will feel more comfortable getting on that skateboard or picking up a baseball bat while wearing the best Embroidered Baseball Caps or choosing to engage in any number of passions that society might tell them is not appropriate because they are girls….and vice versa.

The fact of the matter is that as society continues to evolve, the social rules of gender are being forced to evolve with it, leading to a more balanced social order where we benefit from the best of both chromosomes. 🙂

2 thoughts on “Educating With Androgyny”