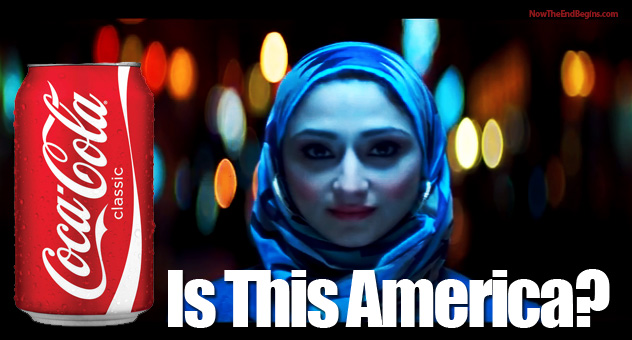 Let me start by saying that I may be a few day’s late to this party having been engaged in other life event activities over Superbowl Sunday and not having turned on a television until last night.  Why?

That being said, I am aware that I apparently missed a doozy of a backlash against one Superbowl ad in particular: Coke’s “America The Beautiful” spot:

And before I had even had a chance to view it (I will admit it was this morning), I had already consumed an onslaught of media about the outrage this “highly controversial” ad had sparked.  First, I read This article from rawstory.com  showcasing the trending Twitter dialogue of outrage featuring hashtags like #SpeakAmerican and #Boycott Coke – with sociopolitical commentary from both conservative “White America” and immigrants.  They talk about everything from accusations of Coke’s Amnesty and Gay agendas to the idea that any ad talking about America in any way ought to speak in English.

I found the aforementioned blog in a discussion started in the Multicultural Trends group on LinkedIn  by my friend Tom LaForge  ,who is Global Director of Human and Cultural Insights at Coca-Cola.   Even in this business-oriented context we are redirected to This blog making a case for the vitriolic reaction  in a pretty articulate and really enlightening manner.   Pointing to the idea of the founding fathers coming from England and, essentially, the American dream and our concept of America being firmly rooted in English.

What I see in the ad is Coca-Cola defining the America they believe in: the melting pot of multiculturalism and refuge that connects Americans based on this value of diversity, rather than the value of a common language, in the literal sense.  Essentially, I read it as the common “language” being about America representing freedom to pursue  your happiness – regardless of your native tongue.  I thought the response below from news anchor Brenda Wood illustrates this counterbalanced point of view well:

But the fact is, people don’t like to have their frames shifted – and are comfortable in the points of view that allow them to define an “us” versus “other”, and in this case the “us” being those seeking the American dream of accumulating wealth and power and the “them” being the immigrants, underprivileged and otherwise unworthy “huddled masses”.    This is classic Conflict Theory – a sociological macro theory about the nature of social order that basically says the only way societies stay intact is when you have oppressors and those being oppressed – with the wealthy and powerful being the oppressors.  It essentially states that this conflict and power struggle are what maintain social order – and that even attempts by those in power to create social change with charitable works is still in the best interest of the powerful.

What this means to me from an anthropological, cultural perspective is that many Americas who share values with “the powerful”, whether that be religious or economic, take the idea of the American brand / dream / ideal being about ultimate equality and sharing of multicultural values as an attack against the status quo and the deeply held values that drive their existence.  And this is as true for right-wing conservative operating from within the privilege of power to the newly arrived immigrant who strives to integrate into American society and follow a path for himself or his family to financial success and power.

“Wow”, you might say.  “That’s a lot of reading into a commercial for soda pop”.   But it’s not necessarily the anthropologists and sociologists inflating the conversation.  You can see it in the articles I have referenced in sentiments referring to the idea presented in this ad as “communists destroying our way of life” or promoting the destruction of the American family (there is a split second in the ad, if you watch very carefully, where you see a gay male couple roller skating).

I asked Tom Laforge (mentioned earlier – the Human and Cultural Insights guy from Coca-Cola) what he thought was happening and he had perspective that I think sums up the situation. He says, “concepts like America are continually evolving.  All culturally defined artifacts are. Errors: assuming the definition you like does not evolve or is shared”.   So I suppose the idea a company like Coca Cola could be powerful enough to change a definition as enormous as America hits a pretty deep cultural chord.

Even more to the point, Tom says, “change can be scary, especially to something that is part of your identity.  Change has always been scary”.

But perhaps if Coca-Cola believes it can “teach the world to sing in perfect harmony” and this is a core belief that does and continues to drive the message of their brand, that it is an appropriately bold step for them to take in sparking a passionate conversation about change in America.

Naturally, I am very eager to hear what the rest of the blogosphere thinks…